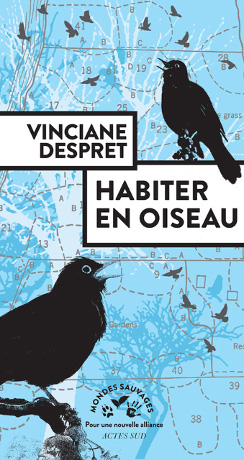 With Dwelling like a bird, Vinciane Despret uses an ornithological study to completely redefine the concept of territory.
We are encouraged to reconsider this apparently simple notion through the example of the blackbird, the great tit, or the black-winged red bishop. The philosopher first turns her attention to how ornithology itself has substantially changed over time — there was a time when loving birds meant killing and stuffing them — and in the process, she rehabilitates a number of women whose important contributions to this field have been largely forgotten. She then turns to the concept of territory and enjoins us to consider territorial behaviour less according to the traditional model of resource appropriation
and reproductive competition, than as an ensemble where song, parade and spectacle each have their place.

Vinciane Despret is a philosopher and psychologist, and professor at Liège University. After discovering ethology, she oriented her research towards the philosophy of science, and has since published numerous books…